Is expired medication effective and safe to take? Do drugs really stop working after the date stamped on the bottle?

Expiration dates have been mandated for medications since 1979. The expiration date is the last date that the pharmaceutical company will guarantee that the drug is at 100% full potency. Except in very rare cases, there is no evidence that suggests that there is anything harmful about that medication if used after that date. In other words, they don’t magically become poisonous or cause you to grow a third eye in the middle of your forehead.

Studies have shown that much of the original potency still remains years after the expiration date. Excluding certain prescription medicines such as nitroglycerin, insulin, and liquid antibiotics, most medicines stored under reasonable conditions retain at least 70% to 80% of their original potency for at least 1 to 2 years after the expiration date, even after the container has been opened.

The crazy thing is that hospitals and pharmacies are required to toss expired drugs, no matter how expensive or vital. Meanwhile the FDA has long known that many remain safe and potent for years longer, according to Marshall Allen of ProPublica.

Allen has been researching why the U.S. health care system is the most expensive in the world. One answer, broadly, is waste — some of it buried in practices that the medical establishment and the rest of us take for granted. He has documented, in a series, how hospitals often discard pricey new supplies, how nursing homes trash valuable medications after patients pass away or move out, and how drug companies create expensive combinations of cheap drugs. Experts estimate such squandering eats up about $765 billion a year — as much as a quarter of all the country’s health care spending. Every year nursing homes nationwide flush, burn, or throw out tons of valuable prescription drugs.

In April 2017, the Drug Enforcement Administration’s National Prescription Drug Take-Back Day collected 900,386 pounds (that’s 450 tons) of unwanted or expired drugs. Those are drugs that someone paid for, and are now being incinerated. If expiration dates are nonsense, extending them could have considerable economic and environmental benefits. 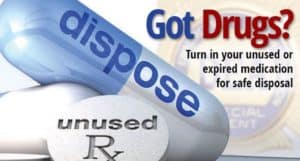 FEMA and the Department of Defense are government agencies that stockpile huge stores of medications for use in the event of a major emergency, such as a natural disaster or national emergency. FEMA has seen massive stores of medication expire, and so a study was commissioned to find out how effective these expired medications still were. This program has evaluated at least 100 medications that were expired for at least 2 to 10 years at the time they were evaluated. This includes many commonly used antibiotics and other medications that could mean the difference between life and death in a collapse situation.

After extensive study, the vast majority of these medications were found to be completely effective for their intended use, including some that were 10 years beyond their expiration date!

Think about how much of a difference this would make in the skyrocketing costs of healthcare in this country!

In 2012, studies indicate, about one in four American adults — perhaps 50 million people — failed to fill a prescription they needed because of the cost. Among adults who were uninsured, the figure was 43 percent.

For older adults, who take four to five medicines on average per week, this is a crisis. Sadly, one in five seniors reports cutting back on basics like food or heat to afford prescription drugs. This is dangerous. Those with cardiovascular disease who said they took less medicine than directed due to cost were 50 percent more likely to experience angina, strokes or non-fatal heart attacks. For many others, cutting back on medicine led to faster health declines, increased hospitalizations and premature death.

And yet, each year, hospitals, pharmacies, manufacturers and nursing homes send billions of dollars worth of medicines to be destroyed.

Instead of being locked in furious political fights over who can have insurance, maybe we would be better served by looking at how much waste there is in the system.