“I was in Newark and Harlem just this week. And I walked into the homes of welfare mothers. I saw them in conditions—no, not with wall-to-wall carpet, but wall-to-wall rats and roaches. . . . [One mother] pointed out the walls with all the ceiling falling through. She showed me the holes where the rats came in. She said night after night we have to stay awake to keep the rats and roaches from getting to the children. . . . And the tragedy is, so often [poor Americans] are invisible because America is so affluent, so rich.”

Repeal and Replace …if I had a penny for every time I have heard this phrase  regards to the Affordable Care Act, I’d be a wealthy man!

In many ways, we’re being led down a “rabbit hole” by allowing all of our attention to good health and well-being in this nation to be reduced to having an insurance card.

According to the CDC, it has been well-established that poverty inhibits access to healthy foods and safe neighborhoods, and that higher levels of education influence better health. The impact of such factors on health is defined by Healthy People 2020 as social determinants of health: “Social determinants of health are conditions in the environments in which people are born, live, learn, work, play, worship, and age that affect a wide range of health, functioning, and quality-of-life outcomes and risks.”

Efforts to improve health in the United States have traditionally looked to the health care system as the key driver of health and health outcomes. The Affordable Care Act (ACA) increased opportunities to improve health by expanding access to health coverage and supporting reforms to the health care delivery system. While increasing access to health care and transforming the health care delivery system are important, research demonstrates that improving population health and achieving health equity also will require broader approaches that address social, economic, and environmental factors that influence health. 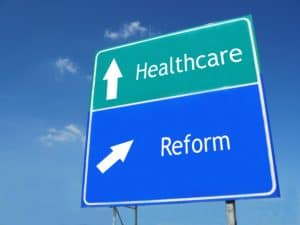 Many factors combine to affect the health of individuals and communities. Despite annual health care expenditures projected to exceed $3 trillion, health outcomes in the United States continue to fall behind other developed countries

These social factors, including education, racial segregation, social supports, and poverty, accounted for over a third of total deaths in the United States in a year.

In the United States, the likelihood of premature death increases as income goes down. Similarly, lower education levels are directly correlated with lower income, higher likelihood of smoking, and shorter life expectancy.

Children born to parents who have not completed high school are more likely to live in an environment that poses barriers to health. Their neighborhoods are more likely to be unsafe, have exposed garbage or litter, and have poor or dilapidated housing and vandalism. They also are less likely to have sidewalks, parks or playgrounds, recreation centers, or a library.

More than half a century after Dr. King’s last sermon, questions about how much poor Americans are forced to pay for housing – and what happens when they can’t afford it – are still in the national spotlight.

Over those fifty years, crime in the United States has dramatically increased, with firearm homicides progressively becoming commonplace. Urban environments, in particular, have suffered from this phenomenon, as large quantities of guns have found their way into the hands of gang members and other perpetrators of violence.

It has become a media cliche to compare neighborhoods plagued by gun violence to war zones. The combat metaphors range from children caught in the crossfire to explosions of gang warfare to SWAT-like police teams patrolling the streets. But behind the bleak imagery lies the hidden collateral damage of people’s tender psychological wounds: It’s an epidemic of trauma-related stress in the hospitals, schools and living rooms of these beleaguered communities.

A recent investigation by ProPublica highlights a study of hospital patients in inner-city communities in Atlanta that revealed rates of post-traumatic stress (PTSD) symptoms comparable to those seen in veterans of the Vietnam, Afghanistan and Iraq wars. In another study on Chicago’s Cook County Hospital — which tends to thousands of gunshot victims each year — more than 4 in 10 patients screened showed symptoms of PTSD, with an even higher rate among those wounded by guns.

This is happening in cities large and small … all over this country! 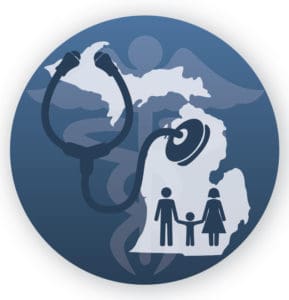 Did you know that 33% of all American adults are obese?
Chronic diseases – such as heart disease, stroke, cancer, diabetes, and arthritis – are among the most common, costly, and preventable of all health problems. Many of the chronic diseases are directly linked to overweight and obesity.
Four common causes of chronic disease lack of physical activity, poor nutrition, tobacco use, and excessive alcohol consumption are responsible for much of the illness, and early death related to chronic diseases and are all modifiable.

When will the federal government, finally, raise the profile of social determinants of health, and communicate to the public what is meant by this somewhat unfamiliar term??? 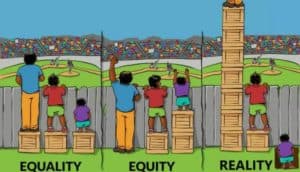 It ain’t just about having health insurance…it’s about equity and social justice in America!